- November 10, 2014
Another Book Review, because I am hanging behind -yet again- in posting and i have not put anything on my nails in the last two weeks, actually, so i don't have anything else right now that i have ready and done. And lets just be overly honest here for a second: i just want to talk about a book, because i just want to talk about book any time of the day and i wanted to finally post again something -anything. And since i am not in the mood for anything else, lets just go talk about some books, alright?

Here is another book that i read in October and enjoyed.

After "Annihilation" -my first Book review by the way ;)- I tried to read Maleficent and was just not in the mood for something like that at all, so I decided that i would read "Anna and the French Kiss" instead, mostly because it sounded and was talked about as a very cute and "must-read" romance book. I wanted something fast and cute, so why not?

Title: Anna and the French Kiss
Author: Stephanie Perkins
Language: English
Pages: 372  (Paperback)
series: technically yes, but it can be read as a stand alone as far as I understand the whole thing, but there are two other novels that go along with this "series"
Overall rating: between 3.5 to 4 out of 5
Summary on the book:
"Anna is happy in Atlanta. She has a loyal best friend and a crush on her coworker at the movie weather, who is just starting to return her affection. So she's less than thrilled when her father decides to send her to a boarding school in Paris for her senior year. But despite not speaking a word of French, Anna meets some cool new people, including the handsome Étienne St. Clair, who quickly becomes her best friend. Unfortunately, he's taken -and Anna might be, too. Will a year of romantic near misses end with the French kiss she's been waiting for?"
Worth reading? Yes - BUT (see review below) 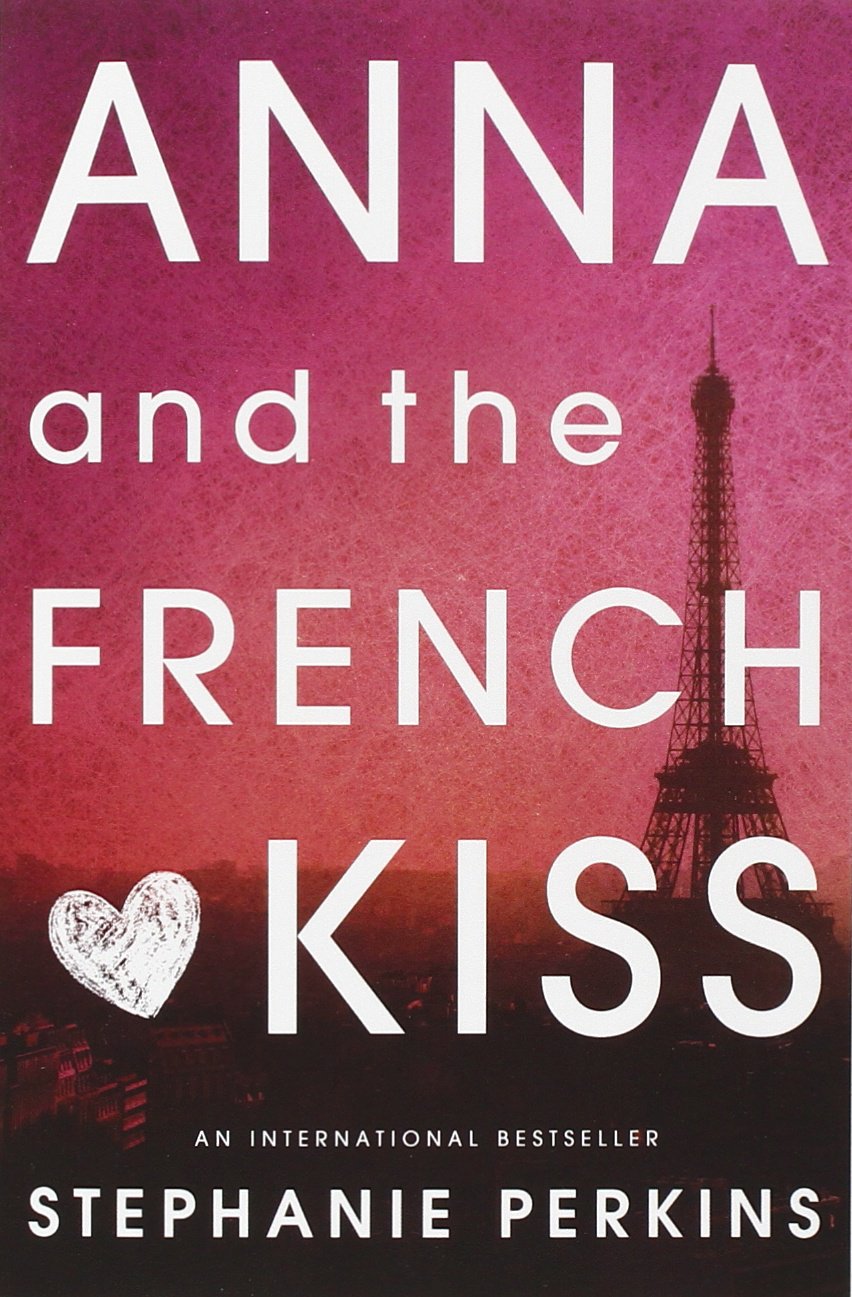 First and most important: Don't get caught up in the hype of: "Best book read in a long time" and "must-read" and all that, because you will go into this book thinking it is more then it actually is. That said, lets go a bit deeper into this.

"Anna and the French Kiss" is a very typical and overall common romance novel.

The story is cute, the characters are nice, Perkins writing is very easy to read and consistence from start to finish in the way that she doesn't have a strong and/or weak phase during the book which was one of the biggest reasons that i liked this book. She didn't write a roller coaster of moments where you want to throw the book because it just is overly dramatic or just doesn't make sense and you just question how and why on earth this author was published and if anyone bothers to edit this book at all, because of all the loose ends and questionable situations (or in other words the weak phase as i call them). And at the same time there was -as i said before- there were not the strong phase where you could just not put the book down because it just sucked you into the story so much that you could not -no matter what was happening around you- put the book down.

It is not a bad thing to be not in either one of those categories, actually i mostly enjoy the books the best that are not in either of those, because the "weak" books are just that- they have to much weak material in them to be actually good and the "strong" books are capturing that you can't read to many of those in one year without feeling completely beaten down. So Perkins writing is in a way perfect for what she does and for which genre she writes, as well as for selling lots and lots of books because of her easy but continuously good writing style.

Anna was also a good realistic character by having flaws and doing things without actually thinking them through, doing things while feeling emotional and having to deal with the fallout of those situations. The other characters where also like that in a similar way, they acted very human and natural in the given situations, some a bit more dramatic then others, but overall i really enjoyed all of the characters and how they give the entire story a real feel to it, because of how they were written by the author.

So Perkins writing and her overall idea would have been a 4 stars without thought, simply because while reading you can really enjoy her story and the characters and the overall setting of her book.

What i did not enjoy so much about the book where the smaller things:

- Perkins forgets a bit about the details of Anna's parents (or mother since that is where she lived before being "shipped off" to Paris) or her brother. She never talked about if Anna talks to them, only that Anna's brother is a bit mad at her for not living at home when Anna comes home during a school break. But is he mad because she never talked to him during her school time? or is he just mad because he didn't want her to go and now that she is back he can actually show her that he does not enjoy her leaving him at home? Do i think to deep into those situations? Maybe, but it is a bit noticeable especially since Perkins does state a few times that Annas brother is behaving differently towards her as if he is mad. so if she takes the time to do that, why not take a few sentence during the school year to state that Anna is calling home? Perkins talked about Anna talking with her "boyfriend" and best friend at home, so why not how Anna called her brother or mother?

- Then there is the fact that the only character that i did not really enjoy was the character that apparently everyone else loved: St. Clair. To me he was a bit empty in a way. He lacked a deep and the natural flow of the other characters to me. To me he had just something missing, and since he was in quite a bit of the book -being the male part of the entire romance of this romance novel and all. St. Clair just missed something to me, but it could be that i was just wanting more then i should have because of all the hype about it and specially St. Clair and his "dreaminess", that i thought there would be more then there actually was.

Now those reasons might not be huge, but to me enough so that I would not actually want to give 4 stars to the book, because there was just overall a bit of something missing that i noticed during the book during a few different situations.

It is a nice Romance novel, it is also a very good Young Adult read, that i would recommend to people that are just starting with romance novels, because it is not overly romantic or dramatic, so that even those that don't normally enjoy romance could find something in this book that they might at least enjoy enough to read the entire book.

What this book is not, is the must-read for everyone or the best book that i read in a long time. It is nice, it is cute, and i think that three or four books from now i more or less forgot about what happened because it was just not rememberable in that way.

Overall:
Nice enough and i don't regret reading it and would feel good about saying that people that really enjoy those kind of books read it, and enjoy it. The writing alone is worth the read, even though the story itself is nothing special or something that has not been done before at least once a year for this kind of book genre.

Did any of you read this book? What did you think? Are you one of those that loved it and raved about it? Or with me, that it is a nice book but that is it?

And books that you would recommend that you loved that i should read?

Let me know, and i will try my best to read those and do a little something (or long and rambly) on here after reading it.

Alright, talk to you later,