- May 29, 2015
And the last Book Review i will be doing in the Divergent Series, because i will not be talking about the "Four" novella book thing.

And instead of having a long intro before i start, we are just going to go right into this review.

Title: Insurgent
Author: Veronica Roth
Language: English
Pages:544 (Hardback)
series: Yes, Divergent Series Book 3.
Overall rating: 3 to 4 out of 5
Summary on the book:
"What if your whole world was a lie?
What if a signle revelation - like a single choice - changed everything?
What if love and loyalty made you do things you never expected?."
Worth reading? If you read the first and second one, then yes. I mean honestly, if you read two out of three in a trilogy then yes, read the last book already! 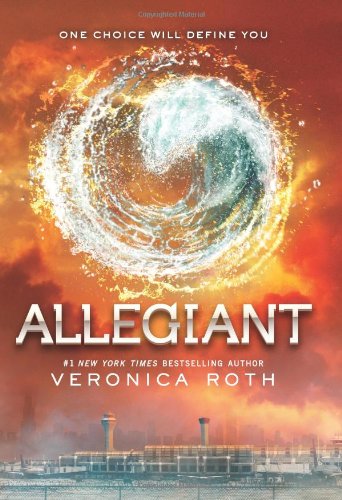 Just as with the second part, this review will have spoilers. Because it is a third book in a trilogy. And because to talk about this book you actually have to talk about the book, meaning that if i want to say what i thought i have to actually talk about what happened. So spoilers. And as in the last review, if you do not want to be spoiled, jump until the part that is made bold and read the very short little part where i say what i thought overall of the book.

So lets start with what i thought of first when I thought about reviewing this book.

I actually enjoyed this book quite a bit. I enjoyed that Tris died at the end and that Four survived. To me it all made sense that way. And i know -or i think- that that is most likely what everyone hated in this book, but honestly i really liked that about this book.

Because Tris survived a huge amount of stuff throughout all three books up until that point and i would have HATED this book if she would have survived even more while so many others died.

I mean, yes she is a divergent and that makes it easier for her to survive somethings -at least that it what it felt like for and to me- but if she would have had no problem surviving the death gas serum stuff and being shot and i would have really wonderned what kind of super girl she is.

What i am trying to say what really put this book up to letting me give it the 3 star rating and had me thinking about giving it a 4 is that Tris died.

And i know that sounds strange. And i am pretty sure that i am one of the few ones that liked that part about the book but as i said to me it just made sense.

And just to have said it, it is a trilogy and so having the main character die is not horrible because there will no more books after this third one anyway so who cares?

That might also be because i never actually connected with Tris that much and because of that didn't care more about her death then any of the other many, many people that died in this series.

But okay lets talk about something else that happened in the book.

Another think that i enjoyed that i know many others did not like, was the dual story telling, meaning that this book is not -as the first two of this series were- only told from Tris' view, but the book is parted into being told by Tris and Four -or you know Tobias but what ever you want to call the guy it is still the same person.

I enjoyed that. For one because it made more sense that way since Tris did die before the actual book was over and so having the book told not only from her point of view made sense. And i also enjoyed getting a bit of a different view point of the story and i thought that getting to know Four a bit better was a good choice.


Other then that i have to say that this book was not really better then the other two for me.

The story was very clear before i even started this book. That the entire thing was once again a book about the city and the people in it being an experience was clear at the latest at the end of the first or in the middle of the second book -depending on how much you thought about it while reading. So the "big reveal" was just not that for me.

And so that fall very flat for me and was quite disappointing. I had hoped for a bit of a different spin on the dystopian world view, so that this is one another one of those "experiment cities" but something else for a change.

As i said before i have not yet read that many dystopian books -compared to how many are out there not even worth mentioning really- but that i could still predict or know what would happen in this book (and by the way i made sure that i did not know before hand so it is not as if i was "spoiled" or knew what was going to happen because i actually already knew what was going to happen or how this book ended!) says a lot about how the series is written i think.

Or how predictable Roth writes. It is basically the same thing anyways.

But as i said i was disappointed with that part.

And i was also disappointed with the overall story plot of this last book.

That the government wants to wipe the entire city is just boring for me. And that is one of the reasons that i enjoyed reading that Tris was killed because it was one of the few things in this book that i did not see coming. Or maybe the only thing really, when i think about it.

It would have been interesting to me to see that spin on the story and not how it was told -that the government didn't want to shut it all down.

Overall this book that quite a few different aspects that i did not find very appealing, but i liked how the entire series ended. I liked how Roth put a finish to the story and made it clear that at least with the main characters that were written about in this trilogy, where will not be more books. And i liked that. I really don't like it if you read a trilogy and a few years later it is no longer a trilogy but a series that has at least three more books that just don't make any sense at all. So i liked that. I also enjoyed what i have listed in the review above, so i won't talk about those points here again.

The book in itself is a nice last book in a series that was only good and so it is fitting that this book is not great, but not horrible or in other words this book is good. it is worth a read if you read the first two of the series. And I personally liked how the story was put to an end in this book.

Would i recommend the series to anyone?

Actually to be honest i don't think that this book series is that great. It is good. It is written in a very easy to get through and relatively fast paced tone and the overall story plot is not bad. But to be honest there is really nothing new in this story that can not be found in a better overall book or storyline in other books. And so while i think that if you want to read an okay dystopian series this would be for you, overall i think that this is not necessary a "must-read series".


Another book review will follow in a little while.