June went by so fast and crazy stuff happened in my personal life and especially the last week of June was beyond crazy for me.  I did not have time to sit down and read, let alone talk or write about books.

So what i will try to do this month is to not fall behind again and actually catch up on at least the book reviews that i wanted to do so that i can at least have those of my list of things that i want to blog about.

And because of that lets talk about this book:

Title: Talon
Author: Julie Kagawa
Language: English
Pages: 464 (Kindle)
Overall rating: 4.5 stars out of 5
Book series: Yes, the first in the Talon saga
Summary on the book:
"To the outside world Ember Hill is an ordinary girl, but Ember has a deadly secret. A dragon hiding in human form, she is destined to fight the shadowy Order of St. George, a powerful society of dragonslayers.
St. George soldier Garret is determined to kill Ember and her kind. Until her bravery makes him question all he's been taught about dragons.
Now a war is coming and Garret and Ember must choose their side - fight to save their bond or fulfill their fate and destroy one another."
Worth reading?
Yes.
I was really surprised on how much i loved this book. It is not perfect, and it is a bit out there -dragons and all that- but still, the story is done well, the characters are nicely done and worked out, the storyline itself is surprising and well done. Overall this entire book is just very good. And i only didn't give the book 5 stars because there were a few smaller moments that stood out to me that were a bit... unfitting to the rest of the very well done book. But they were small moments and so they can be ignored, but i can't forget them so that is why i subtracted 0.5 stars.
If you want to read a different but still fantastic fantasy book, or dragon book, or just a book that is about figuring out who you are and what you can and should do for your own happiness no matter how against what you were taught that might go, read this book. It will surprise you and maybe you will find a new series that you can be exited about. 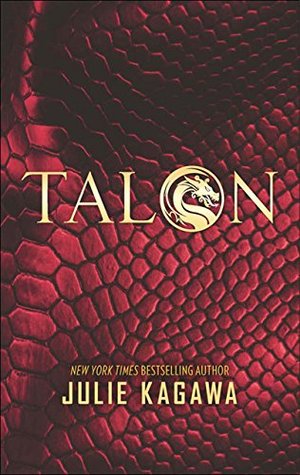 As i said in the little "Worth reading" section above, this book is surprisingly more then you would expect if you read the summary of the book.

It is not just a book about a girl that is actually a dragon that has to learn to survive in a world that wants to kill off all the dragons.

This book has surprising depth, is what i am trying to say.

All those parts are actually kept very much on the sidelines of the story. Sure, they are talked about.

But overall the actual story is more about how sometimes the most unexacting moments and people can show you who you really are and how far you are willing to go to be the person you want to be and are able to become if you are willing to work for it.

And while most of this book is really well done and fantastically written, there are a few small moments that i did not find as perfect or confused me a bit.

One of those moments was the love-triangle that i did not completely understand. Why do all books always have to include a love story? Friendships are just as powerful. And while i have no problem with the actual situation and the boys -it is all very well worked out and does make sense to a point- i still find it a bit much in this story, because a girl that tries to figure out who she is and wants to be, does not necessary need two boys in her life fighting over her or pressuring her into choosing one of them. So friendship... that would have been a nice change of pace.

The other thing that i found a bit irritating and didn't understand kind of waves into the love-triangle. There were a few times, maybe a handful all together, through this book where Ember -the main character- had a "fight" with her "human girl" side and her "dragon" side. Which made no sense what so ever to me.

The human girl doesn't have a side, Ember is a dragon, no human side in her to consider. Pure and simple.

She is dressed as human, but she is a dragon, so why write how conflicted Ember feels about wanting to be her human self and not the dragon in some situations?

If the author would have put it that Ember found some situations easier as a human or wished she could be a "simple" human instead of a dragon, that i would have understood. But that wasn't what happened, the author simply but a little line here or there were Ember thought about what she knew her dragon wanted her to do and what she -as a human girl- wanted to do. And that didn't make sense to me, since as i said, Ember is the dragon nothing more nothing less. But those moments were few and far between and if they would have been more often then they were, this book would have gotten at least a whole star less.

Overall this book was really great. It was different, fast-paced and nicely written. The only aspect that i found a bit stupid where when i felt like Kagawa herself forgot that no matter how human Ember looked she was a dragon. But i talked about that enough already. Overall the book is fantastic. It is really great start of a series that i can't wait to get my hands on to read more about Ember and how she will continue on after the nice big cliffhanger at the end of this book.