Oktoberfest pictures -when the craziness has not yet started!

It has been around 14 to 15 years for me to go to the actual open Oktoberfest.

For a number or reasons.
Mostly the huge amount of mass of people.
And drunks.
And the drunk masses of people.

That is just a bad combination for me.

I hate people that drink too much. I can't stand them. I mean that. I don't hate much - i really don't!- I do not like people that are completely beside themselves, because they do not manage to notice when they should stop drinking alcohol that is served in 1 liter glasses! I mean really, a beer that is served in 1 liter per drink, should tell you to stop after one -two at the most! common sense people! Nobody can take more then 2 liters of beer in a short amount of time!

So the Oktoberfest? Not a huge thing for me. Maybe because i grew up around it. Maybe i am not a drinker. Maybe because i hate drunks. Maybe because i don't like a lot of people around me at the same time. Maybe i prefer quiet to lots of loud noise from all around me. or a horrendous mixture of smells, mostly different kinds of foods that should not be mixed together. Like fish and chocolate.

i am not big on the actual craziness that is the open Oktoberfest.

I do however really enjoy taking a walk over the still closed but completely build site when everything is almost ready.

The booth are finished, the bands are making their last sound checks, every owner of any kind of stand is a bit in a franzy to get everything done in the next 18 hours before it all starts.

I loved doing it as a child.

And i still do.

I haven't actually done it in years. Because the Oktoberfest kind of creeps up on me.
I think it is a bit like Christmas for some people. You hear about it for months! The two weeks before there is no other topic around here. And all of a sudden it is there and started and i missed the last day before completely because i keep thinking i still have at least one more day.

Still, this year i actually managed to do it.

So here are some of the pictures that i took while walking over it the evening before all the craziness of the Oktoberfest started.

If you never been, never knew how big the place is because you only ever saw the pictures with the masses of people.... here are some slightly different pictures of the Oktoberfest. 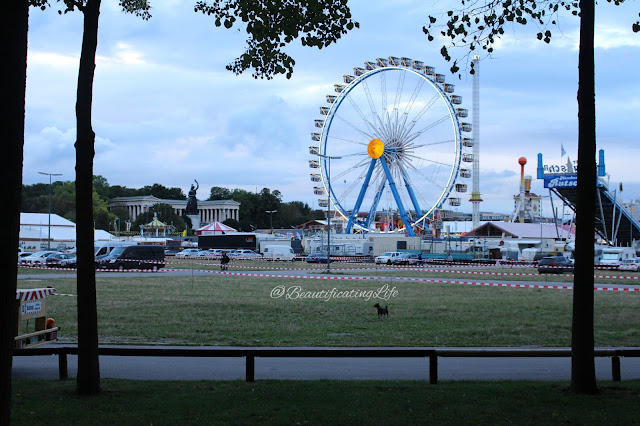 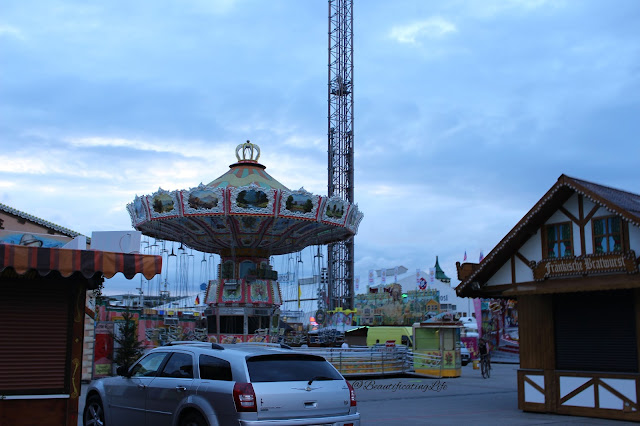 Here are some of the different "Festzelte". Sadly you can't really tell how huge they actually are. Or how many there are. Since i haven't even gotten them all just those that we walked by.
Still you can see that most of them are at least two stories high. And crazy huge. Just saying. This is something that stands for two weeks (three weekends and the weeks between). Craziness, people! 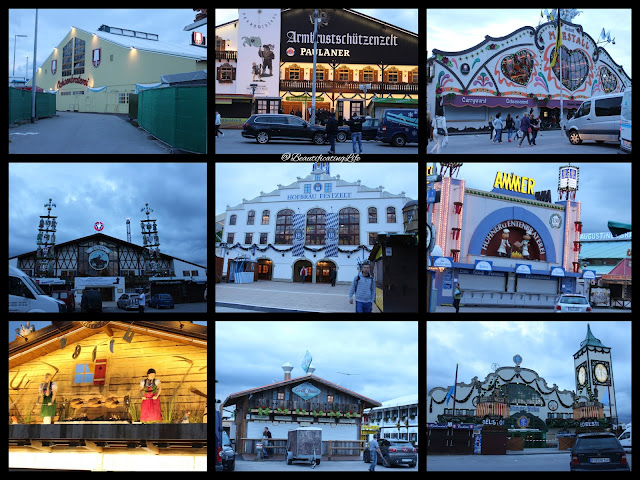 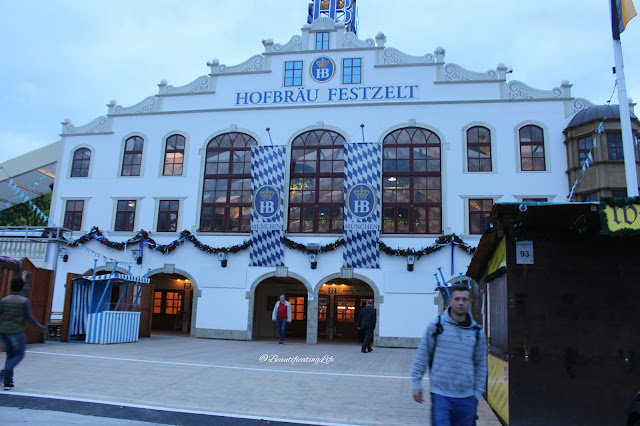 And a fast peek of on of those "tents" look from the inside:
(It was crazy with security this year, i never remembered seeing any years ago when i went last, this year there were at least a few hundred security people just standing in front of any kind of entry, especially the "festzelte" so that nobody could sneak in.
But one of them was nice enough to open the door for me so that i could take a fast picture through the doorway. :) ) 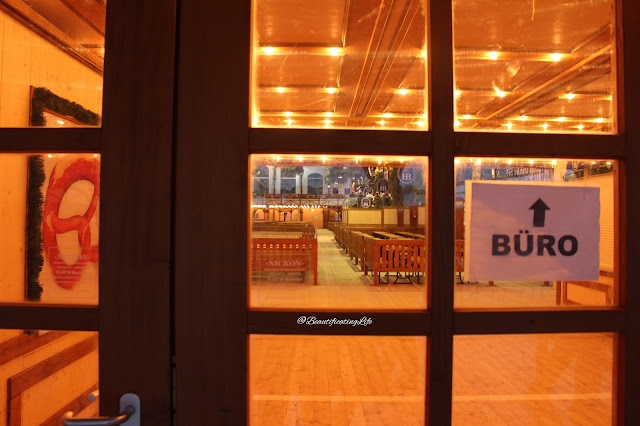 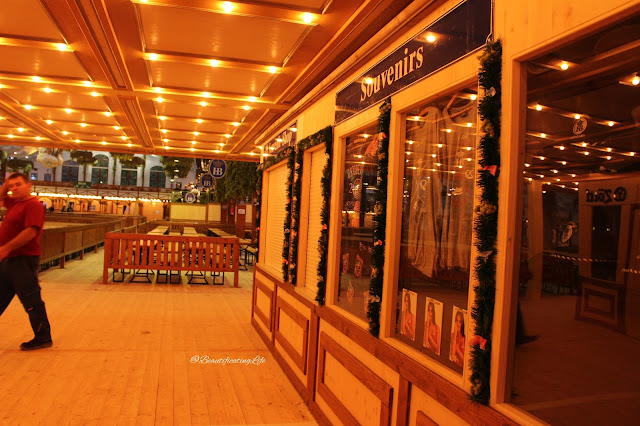 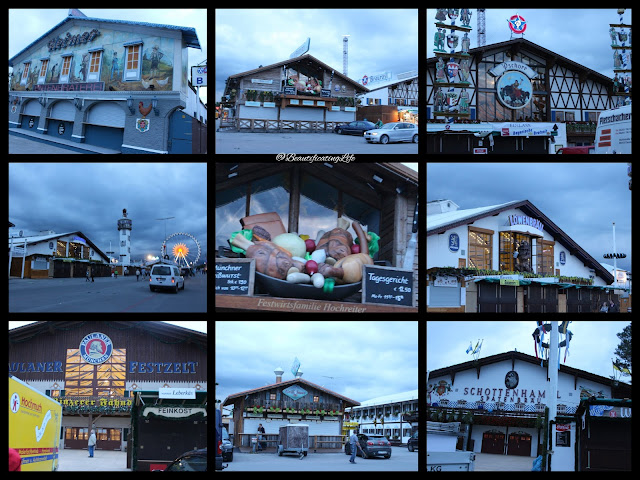 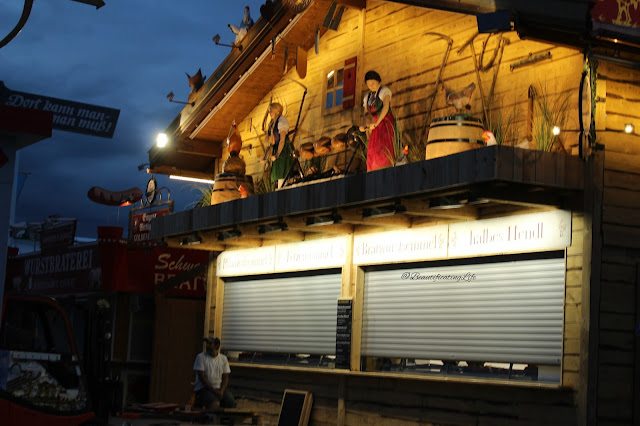 And what the "Biergärten" the seating areas outside look like: 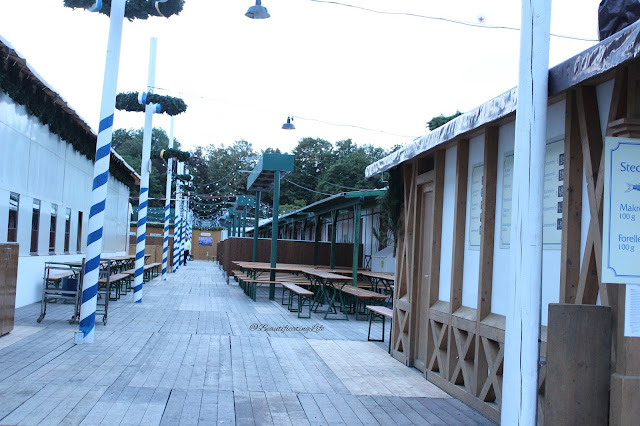 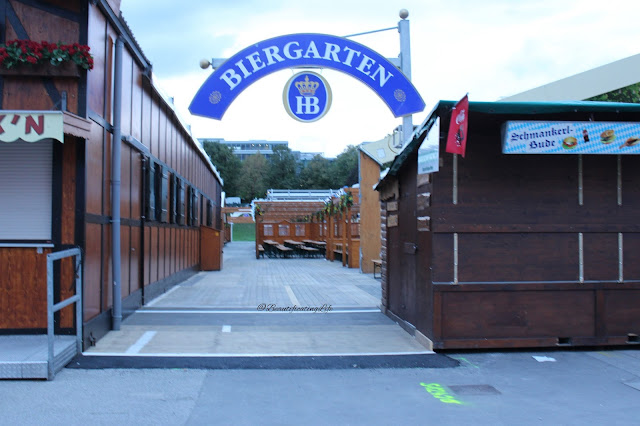 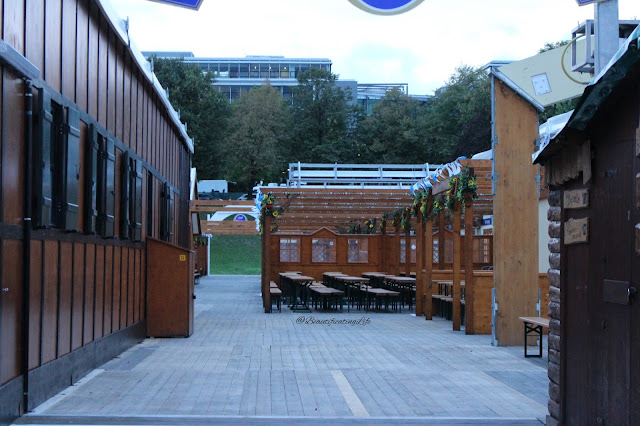 And here are just some general pictures of the place: 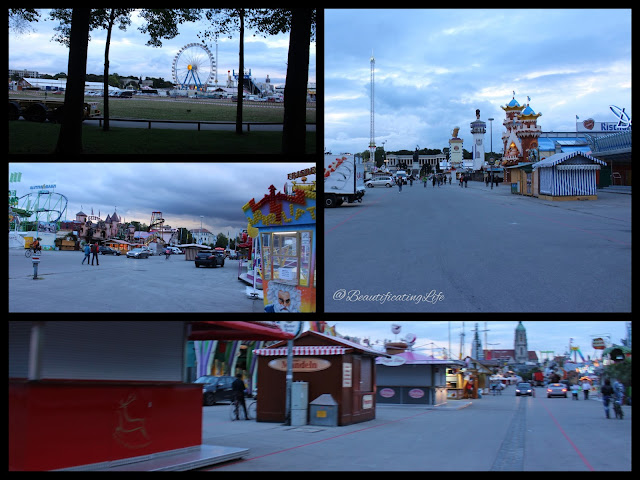 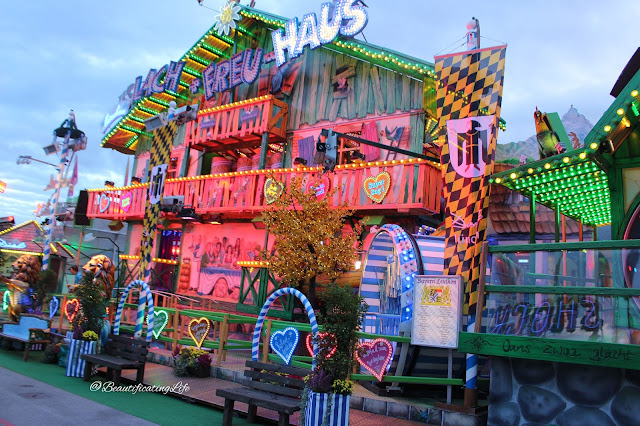 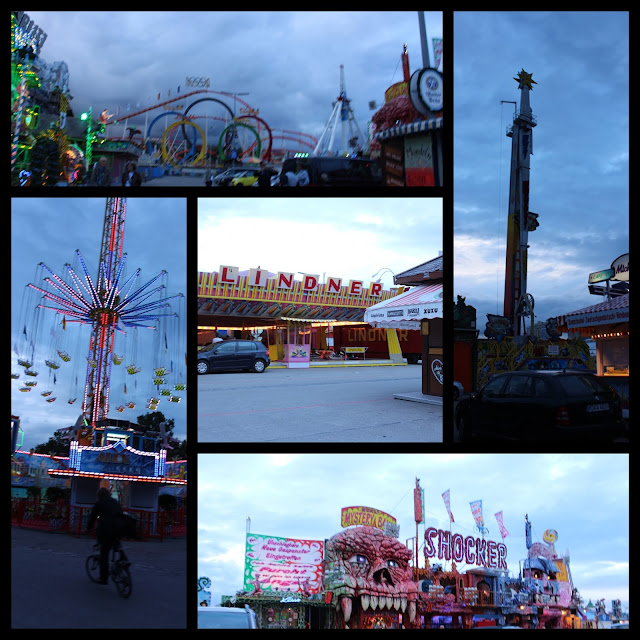 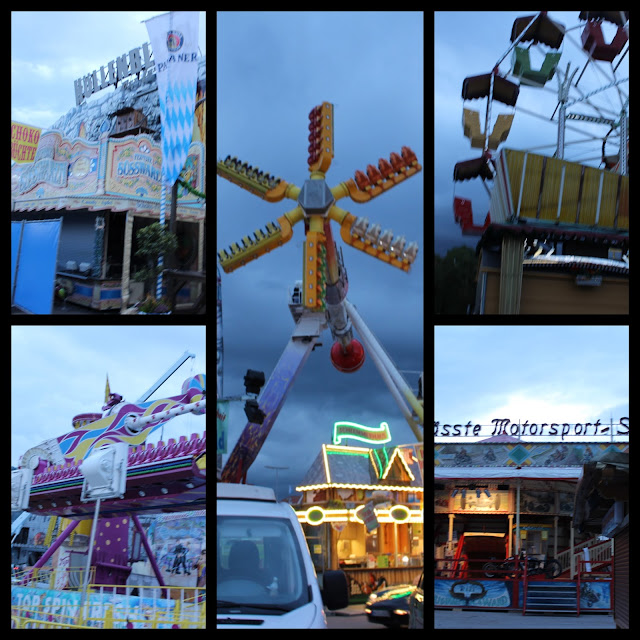 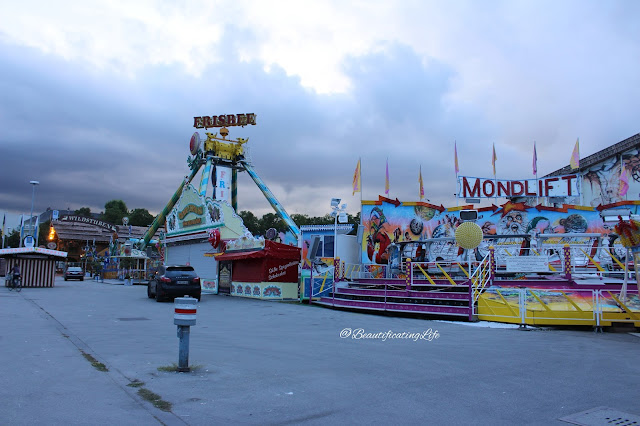 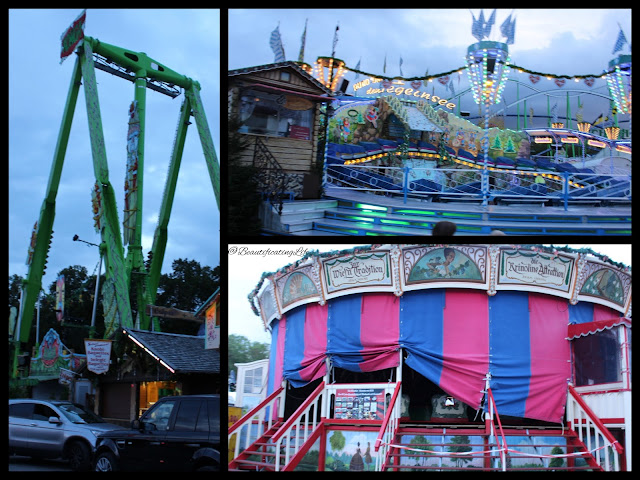 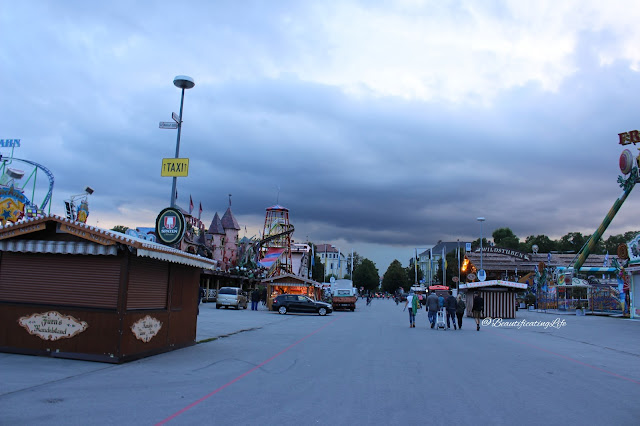 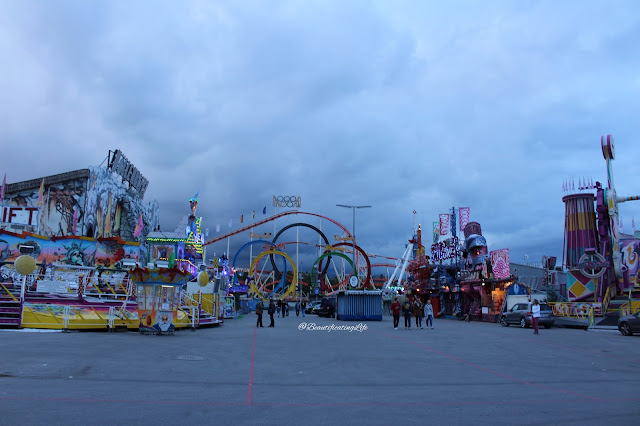 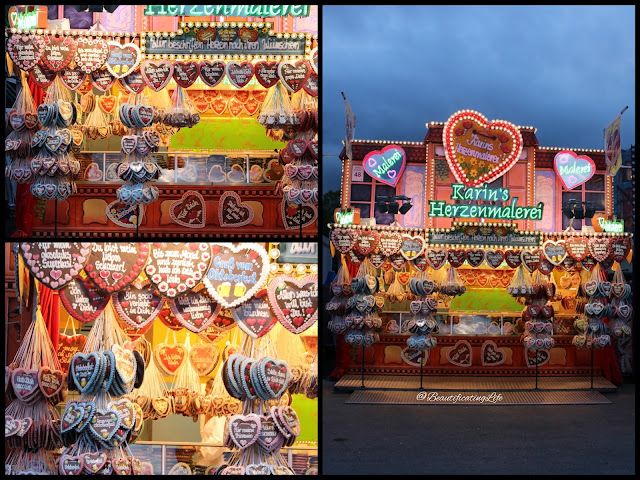 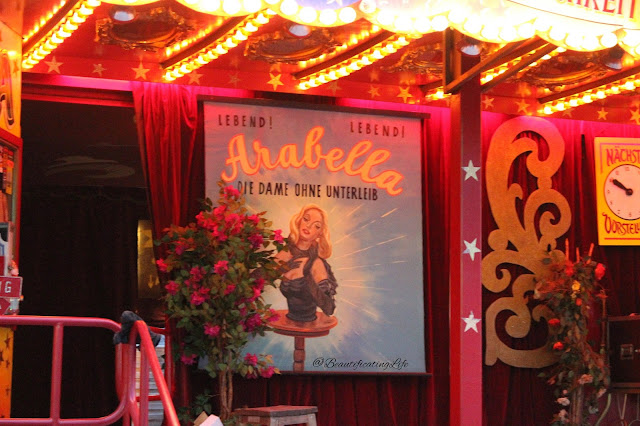 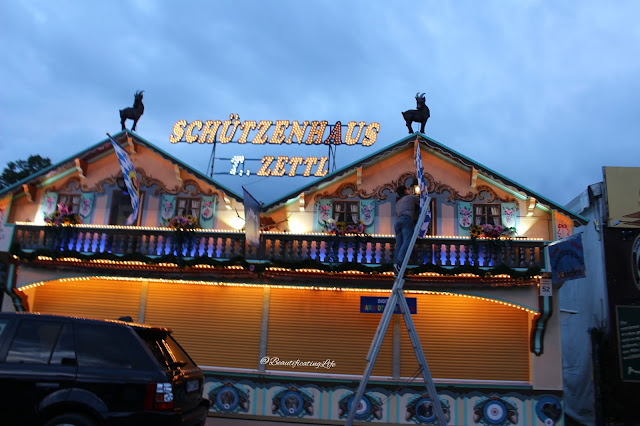 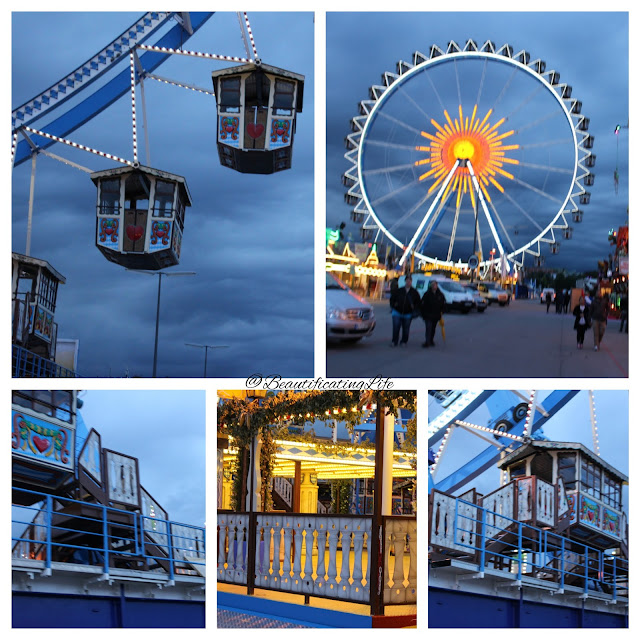 I would love to know if any of you ever been to the Oktoberfest.
Or if you want to go :)