Waiting on Wednesday: The Age of Reinvention

- November 25, 2015
Waiting on Wednesday is a weekly event hosted over at Breaking the Spine, so head over there to join in or see what it is all about :)

The Age of Reinvention 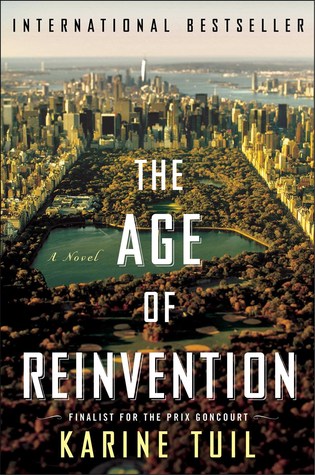 
"Top Manhattan criminal defense attorney Sam Tahar seems to have it all: fame, fortune, an enviable marriage to a prominent socialite, and two wonderful children. But his success is built on a life - he isn't the person he pretends to be. Growing up a poor Tunisian immigrant, crammed inside the walls of a grimy Paris apartment tower, Samir Tahar seemed destined for life as either a drug dealer or a delivery man - until he decided "he was going to cut through the bars of his social jail cell, even if he had to do it with his teeth". At law school in Montpelier, France, he became fast friends with jewish student Samuel Baron. The two were inseparable until the irresistible Nina, torn between the men, ultimately chose Samuel. Samir fled to America, where he assumed Samuel's identity and background while his former friend remained stuck in a French suburb, a failed aerobic writer seething at Samir's overseas triumphs."

This just sounds fantastic. And the cover is beautiful.
Ad i do enjoy a story about different people, especially if it is about a person that is not supposed to be successful and does indeed succeed.
While the person that is supposed to be succeed, has a hard time. I kind of love those kinds of stories, because honestly? They give me a bit of hope to actually make something out of myself. What can i say? i am a dreamer and this books help.


Have you heard of this book? do you want to read it?