Showing posts from August, 2016
Show all

Waiting on Wednesday: The Underground Railroad 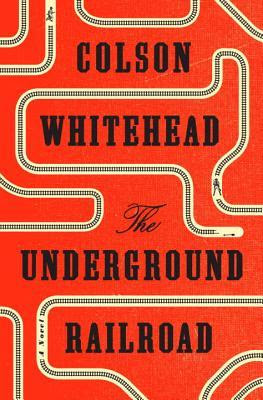 Waiting on Wednesday is a weekly event hosted over at  Breaking the Spine , so head over there to join in or see what it is all about :) The Underground Railroad Written by : Colson Whitehead Publisher : Doubleday ISBN:  0385537034 Release Date:  September 13th, 2016 (or maybe its already released in some places apparently? But where I live it gets released in September! And either way, it sounds like a great book so i wanted to mention it!) Genres : Adult, Fiction, Historical Fiction, Literary Fiction, Historical, African American, Race, American Literature Pages : 320 (Hardcover) Buy :  Book Depository Add to  Goodreads   Summary : "Cora is a slave on a cotton plantation in Georgia. Life is hellish for all slaves, but Cora is an outcast even among her fellow Africans, and she is coming into womanhood; even greater pain awaits.  Caesar, a recent arrival from Virginia, tells her of the Underground Railroad and they plot their escape.  Like Gulliver, Cora encounter
2 comments
Read more 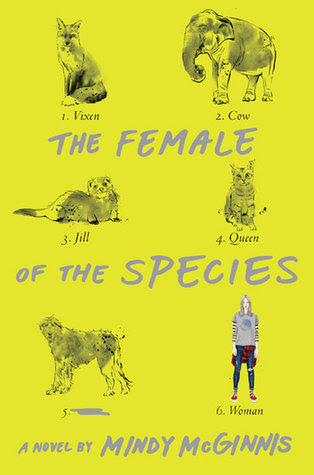 Waiting on Wednesday is a weekly event hosted over at  Breaking the Spine , so head over there to join in or see what it is all about :) The Female of the Species Written by : Mindy McGinnis Publisher : Katherine Tegen Books ISBN:  0062320890 Release Date:  September 20th, 2016  Genres : YA, Contemporary, Mystery, Thriller Pages : 352 (Hardcover) Buy :  Book Depository Add to  Goodreads   Summary : "Alex Craft knows how to kill someone. And she doesn't feel bad about it. When her older sister, Anna, was murdered three years ago and the killer walked free, Alex uncaged the language she knows best. The language of violence.  While her crime goes unpunished, Alex knows she can't be trusted amount other people, even in her small hometown, she relegates herself to the shadows, a girl who goes unseen in plain sight, unremarkable in the high school hallways.   But Jack Fisher sees her. He's the guy all other guys want to be: the star athlete gunning for valedic
2 comments
Read more 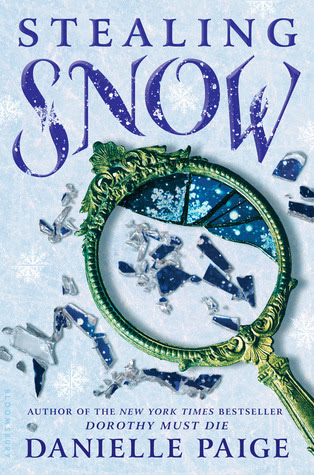 Waiting on Wednesday is a weekly event hosted over at  Breaking the Spine , so head over there to join in or see what it is all about :) Stealing Snow Written by : Danielle Paigs Publisher : Bloomsbury  ISBN:  1681190761 Release Date:  September 20th, 2016  Genres : YA, Retelling, Fantasy, Snow White retelling, Fairytale retelling, fantasy, magic Pages : 384(Hardcover) Buy :  Book Depository Add to  Goodreads   Summary : " 17-year-old Snow has spent the majority of her life within the walls of the Whittaker Institute, a high security mental hospital in upstate  New York. Deep down, she knows she's not crazy and doesn't belong there. When she meets a mysterious, handsome new orderly and dreams about a strange twisted tree she releases she must escape and figure out who she really is.  Using her trusted friend Bale as a distraction, Snow breaks free and races into the nearby woods. Suddenly, eve thing isn't what it seems, the line between reality and fantasy b
1 comment
Read more

Waiting on Wednesday: As I Descended 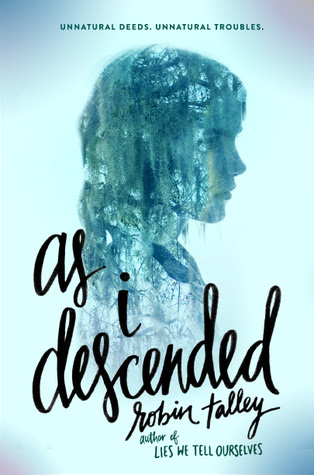 Waiting on Wednesday is a weekly event hosted over at  Breaking the Spine , so head over there to join in or see what it is all about :) As I Descended Written by : Robin Talley Publisher : HarperTeen ISBN:  0062409239 Release Date:  September 6th, 2016  Genres : YA,  GIbt, Retellings, Shakespearean Retelling, Same sex romance, romance, fantasy, magic, magical realism, Pages : 384 (Hardcover) Buy :  Book Depository Add to  Goodreads   Summary : "Maria Lyon and Lily Briten are their school's ultimate power couple - even if no one knows it but them.  Only one thing stands between them and their perfect future: campus superstar Delilah Dufrey.  Golden child Delilah is a legend at the exclusive Acheron Academy, and the presumptive winner of the distinguished Cawdor Kingsely Prize. She runs the school, and if she chose, she could blow up Maria and Lily's whole world with a pointed look, or a carefully placed word.  But what Delilah doesn't know is that is th
Post a Comment
Read more 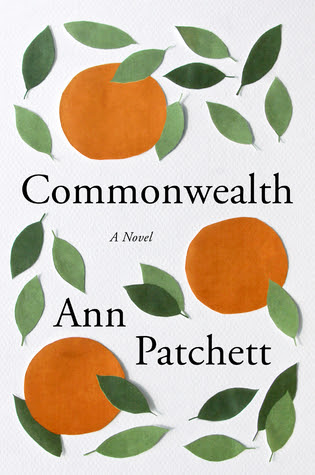 Waiting on Wednesday is a weekly event hosted over at  Breaking the Spine , so head over there to join in or see what it is all about :) Commonwealth Written by : Ann Patchett Publisher : Harper ISBN:  0062491792 Release Date:  September 13th, 2016  Genres : Adult, Fiction, Contemporary, Historical Fiction, Family, Literary Fiction, Generation story Pages : 336 (Hardcover) Buy :  Book Depository Add to  Goodreads   Summary : "One Sunday afternoon in Southern California, Bert Cousins shows up at Franny Keating's christening party uninvited. Before evening falls, he kissed Franny's mother, Beverly - thus setting in motion the dissolution of their marriages and the joining of two families.  Spanning five decades, Commonwealth explores how this chance encounter reverberates through the lives of the four parents and six children involved. Spending Summers together in Virginia, the Keating and Cousins children forge a lasting bond that is based on a shared disillu
Post a Comment
Read more

This is late, but better late then never, right? Top Ten Tuesday is a weekly meme hosted over at  Brokeandbookish.com , so clearly not my idea! This weeks topic is:   " Books you would buy right this second if someone handed you a fully loaded Gift Card" Which is one of those topics where i would need a bit more information for.  I mean, does it mean that its a card made for 10 books no matter what they cost? Or that its 100 Euro's/Dollar's? And i will try to buy as many books as i can with that amount of money? (you would not believe how many books i can buy with that amount of money!) I could go on with what this could mean but then i had a list of more then 10 things already right here without actually talking about anything that has to do with the topic i should be talking about.  Dear god i am in a rambly mood today.  Sorry Lets just say that this list is all about the books i would buy right now if money wouldn't ma
Post a Comment
Read more
More posts